Another important week for sterling

Good day to all!

As many people know (or guessed), last week the pound became the undisputed leader of the fall against the US dollar. The GBP/USD currency pair’s loss amounted to 2.38%, but could have been even greater, so the pound was lucky to some extent.

I believe that in the situation with the pound, recent statistics have had minimal impact on price dynamics. Of course, besides very important and significant, such as Nonfarm Payrolls and decisions of the Federal Reserve and Bank of England.

Much more influence on the sterling had and will continue to do this news and events related to Brexit.

Let me remind you that Great Britain officially left the European Union on January 31. However, some issues in trade relations remained unresolved, and Prime Minister Boris Johnson is trying to solve them, of course, in favor of the United Kingdom.

According to market participants, the rigid Brexit and the equally tough position of Boris Johnson, which he took in negotiations with the EU on trade, and led to such a strong drop in the pound. Moreover, this is only talks and the final result is not yet known. Nevertheless, the pound was sold just in case. 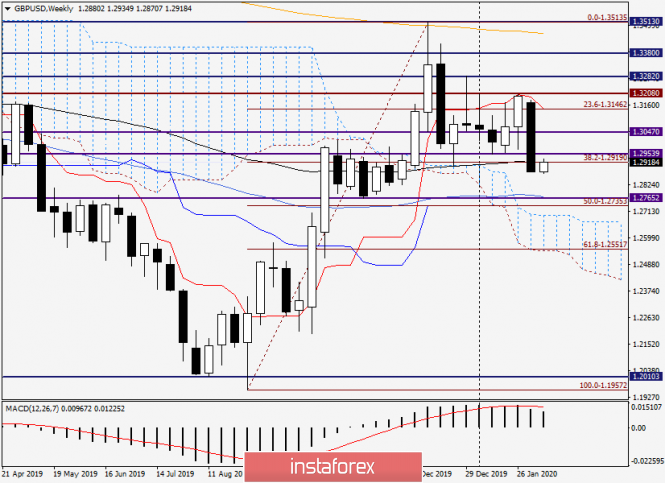 A huge black candle just shows the full extent of the pressure that the British currency was under during the trade on February 3-7. As a result of the fall, the support for 1.2954 and the 89 exponential moving average are broken.

Usually there is a correction on Mondays, which we are observing today. If it continues, the quotation may rise to the area of 1.2950-1.2975. Returning above the psychological mark of 1.3000 and closing the current week above this significant level will make you think about changing moods in favor of the sterling.

However, the most likely scenario, in my opinion, is the continuation of the downward trend after the completion of the corrective retreat that occurs at a given point in time. If this happens, the pair’s road will lie in the strong technical area 1.2775-1.2750. Here are 50 simple moving averages and several significant levels for market participants. 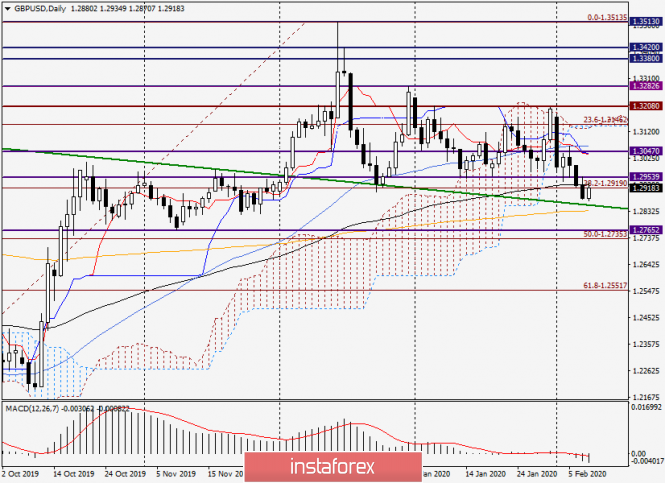 89 EMA has also been broken on the daily chart of the pair, but at the moment there has been a pullback to this move, and a lot will depend on the closing price of today’s trading. If the session ends above 89 exponentials, and even more so above 1.2954, we will look at the future prospects of the GBP/USD pair a little differently, since in this case the bearish sentiment will somewhat weaken. In this case, the rise in the strong technical zone 1.3040-1.3060, where the Tenkan and Kijun lines of the Ichimoku indicator are also located, is not excluded.

This appears to be a good area to open short positions on the pound/dollar pair. However, there is still a lot of incomprehensibility, it is better to wait a couple of days.

Significant events from the US were written in a review on EUR/USD, here I will highlight important data from the UK.

Tomorrow the markets are waiting for what changes have occurred in the volume of commercial investments, industrial production and GDP data. That’s, in fact, everything about macroeconomic statistics from the UK. I believe that on Wednesday a couple of things may become clear, then look for interesting trading ideas and points for opening deals on the GBP/USD pair.