Monday morning did not bring a weakening of panic, February gold futures rose to $ 1,580, Brent was trading below $ 60 a barrel for the first time since November, the Japanese Nikkei225 was losing more than 2%, and the stock exchanges in Australia, South Korea, and Singapore were decreasing. On the other hand, investors are selling assets, fearing that the spread of coronavirus will inflict a severe blow on both world trade and tourism, and the economy as a whole.

The demand for the dollar remains high. CFTC data showed an improvement in overall positioning in US dollars after six weeks of decline. In addition, the markets did not ignore the message of the Minister of Finance Mnuchin that the Treasury is considering the possibility of increasing the daily cash balances in the crisis account, which means a decrease in liquidity. This is a bullish factor for the dollar that will dominate in the coming days.

Eurozone PMIs were mixed and did not give the euro any support. Meanwhile, while Germany’s PMI showed steady growth, rising to highs since August last year, the data for France and a number of other countries turned out to be significantly worse, which led to weak growth in the eurozone in general. The final figures also did not differ much from December – 47.8p in production and 50.9p in the services sector versus 46.3p and 50.9p. a month earlier. 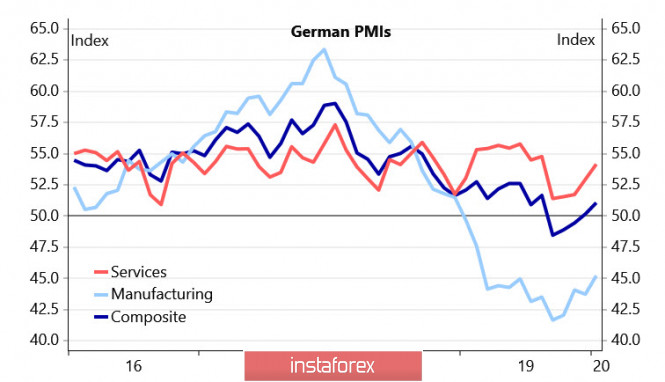 The euro is affected by another factor, the strength of which is not yet very clear. There is a high probability that the Trump administration will turn its eyes to the second key trading partner – Europe, since the US and China have signed the first phase of the trade agreement. At a forum in Davos, Trump has already announced his plans to reach a trade deal with the EU before the election and voiced a threat to raise tariffs.

Moreover, the ECB meeting last Thursday was in line with expectations. Therefore, attention was mainly focused on the new strategy, the adoption of which, according to Lagarde, was “a bit late” – the previous strategy was written back in 2003 and has long been outdated. At the same time, there are three factors that dictate the need for a revision of the strategy – inflation has been lower than the target since 2013, inflation expectations are too low, and of course, the lack of real opportunities for the ECB to get out of unconventional politics – all three factors have a negative aftertaste for the euro and affect the European currency bearish pressure.

Technically, EUR/USD has no reason to resume growth, except for a little oversold. The key support of 1.1075 / 90 has been lost and turned into resistance, the base of the ascending channel has been broken since October. Now the support is the psychological barrier 1.10 and further 1.0980, growth attempts will be used for new sales.

UK PMI indices improved significantly in January. Growth exceeded forecasts composite index was 52.4p versus 49.3p in December, which is the highest level since September 2018. The index growth allows us to count on a 0.2% GDP growth, which is consistent with the Bank of England forecast. 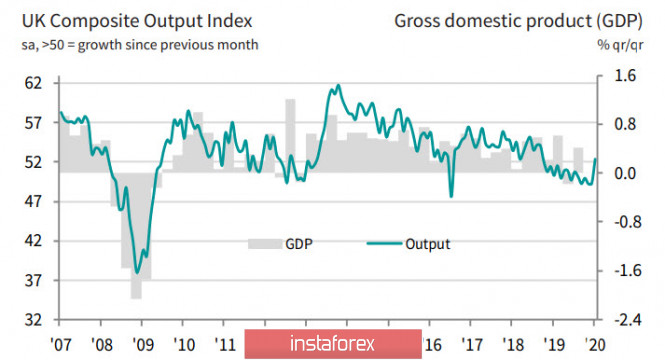 The strongest growth was noted in the services sector, the number of new orders increased noticeably, and now, the chances that the Bank of England will raise the rate at a meeting on January 30 have decreased to 45%. Formally, the pause is beneficial for everyone – the outgoing Carney gets the opportunity to calmly complete his cycle, the incoming Bailey gets the opportunity to prepare for the March meeting, collecting the necessary data on the state of the economy after the elections and the peak fears associated with Brexit.

In addition, no significant releases are expected anymore prior to the meeting of the Bank of England. The pound was expected to rise after the publication of the PMI, but then rolled back amid strong demand for the dollar.