Trade View - Automate your Forex System without coding a single line
Home  »  Market Anakysis   »   EUR/USD. Alarmists a main ally of the US currency

Panic sentiment continues to dominate the foreign exchange market. The deadly coronavirus from China has become the main topic of discussion in the world press – the news flow resembles a report from the front – today there are so many dead, so many in critical condition, so many “wounded”, that is, infected. All these indicators are growing almost exponentially, complementing the already dismal fundamental picture. And if some “crosses” still ignore the current situation, then dollar pairs – all without exception – succumbed to panic. 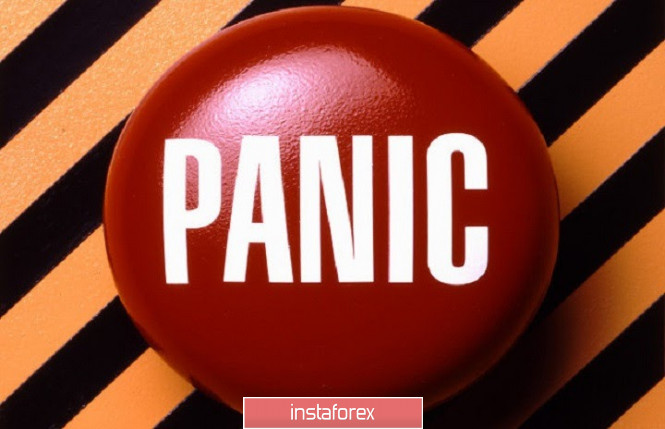 Of course, there are also differences here. For example, the pairs: AUD/USD, NZD/USD, and USD/JPY reacted most strongly. The euro-dollar pair “holds the defense” throughout the day, not allowing the bears to pull down the price in the region of the ninth figure. But sellers continue to put pressure, and if the situation with the virus epidemic does not change in the coming hours/days, the pair will probably come to the nearest support level of 1.0940 (this is the bottom line of the BB indicator on the weekly chart).

Macroeconomic reports today only strengthened the bearish sentiment for the pair. In particular, the IFO indicator of the business environment in Germany came out in the red zone, not reaching the forecasted values – instead of rising to the level of 97.1, the indicator slowed to 95 points in January. The decline itself is low, but amid conflicting PMI data and the dovish comments of ECB representatives (Christine Lagarde and Olli Rehn), today’s figures also had a negative impact on the single currency. It is worth noting that, according to the comments of IFO experts, the fact of a deadly virus epidemic in China was not reflected in this report. Therefore, it can be assumed that the next report will be even more disappointing, putting pressure on the euro.

It is noteworthy that EUR/USD traders ignored the fact that the German government revised its forecast for GDP growth for the current year upward (to 1.1% of one percent). This fact could support the pair, but not in the circumstances. It is also worth adding that even the political factor did not help the European currency today. It became known that the right-wing populist party Matteo Salvini, whose representatives speak for Italexit (in one form or another), lost the local elections. In two key regions, the right did not find support from Italians. Against the background of the rally of Italian bonds, the EUR/USD pair slightly corrected, but the single currency was again under pressure during the US session.

But the dollar, on the contrary, demonstrates “resistance to stress” to weak macroeconomic reports. For example, sales in the primary US housing market collapsed to five-month lows in December: with a forecast of growth of up to 730 thousand, the indicator fell to 694 thousand real estate properties. However, the US currency is now completely ignoring macroeconomic statistics, taking advantage of significant demand from investors throughout the market.

Given recent events, it can be assumed that the dollar will ignore the January meeting of the Fed, which will be held this Wednesday. If the situation with the spread of the virus does not decline (which is unlikely in the near future), the market will not pay attention to the possibly dovish theses of the representatives of the US regulator. But optimistic estimates may provide additional support to the greenback. 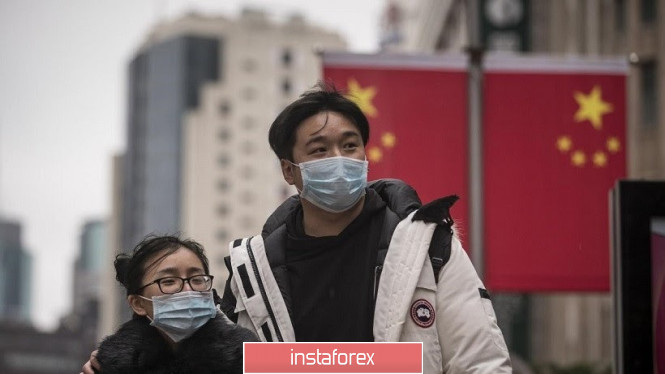 In other words, until the panic in the currency market subsides, the dollar will “skim the cream”: negative factors regarding the US currency will be ignored by traders, and positive factors will increase greenback growth. But in such a situation, there is also the flip side of the coin: as soon as the situation reaches its climax and the downward dynamics begins (as it was during the SARS epidemic), the “tension spring” will bounce in the opposite direction, and all the negative fundamental factors that are currently ignored by the market, immediately turn against the dollar. The main difficulty of the situation is that no one knows when exactly this will happen. To date, anti-risk sentiment is still growing – in proportion to the number of infected and dead from the 2019-nCoV virus. The latest news from world exchanges (primarily in the Asian region) is adding fuel to the fire. Companies associated with tourism and passenger transportation suffer significant losses. Among the victims – and Asian civil aviation companies. In China, the construction market is slowing, as well as the services market and the entertainment industry. Copper and iron ore prices are falling, as China is the world’s largest consumer of raw materials, including metals.

Thus, the situation in the foreign exchange market is both predictable and unpredictable. On the one hand, it is safe to say that panic will push the dollar up, and the EUR/USD pair, respectively, down. But on the other hand, it is impossible to predict how long panic will prevail in the market. In such conditions, it is advisable for the pair to take a wait-and-see attitude – at least until the bears gain a foothold in the region of the 9th figure.