The euro-dollar pair ended the trading week on a minor note, updating almost two-month lows. The cautious stance of Christine Lagarde and the significant increase in panic about the spread of coronavirus put pressure on the pair. Conflicting data on the growth of PMI indices in the eurozone countries could not save the situation – the price slumped, up to the last minute of the trading week. Unfortunately, panic is still prevailing in the foreign exchange market: macroeconomic reports and comments by central bank representatives have faded into the background, while traders are focusing on the news flow about the spread of the deadly coronavirus.

The prevailing fundamental picture does not make it possible to make any long-term (however, as well as medium-term) forecasts. The situation is changing every day, and so far for the worse, determining the growth of anti-risk sentiment. If we draw an analogy with the spread of SARS in 2003, then sooner or later the situation will reach its climax, after which a downward trend will manifest itself. When exactly this will happen this time is unknown. At the moment there is no consensus on the prospects for the development of the situation. For example, according to the director of the State Laboratory for New Infectious Diseases at the University of Hong Kong, the magnitude of the 2019-nCoV pneumonia epidemic could be ten times greater than SARS. Here it is worth noting that this opinion is not of an ordinary specialist, but of a very authoritative one – in particular, in 2005, Time magazine included him in the list of 18 best specialists in the fight against viruses in the world. Some other experts adhere to more optimistic scenarios, pointing to the first case of a cured patient. 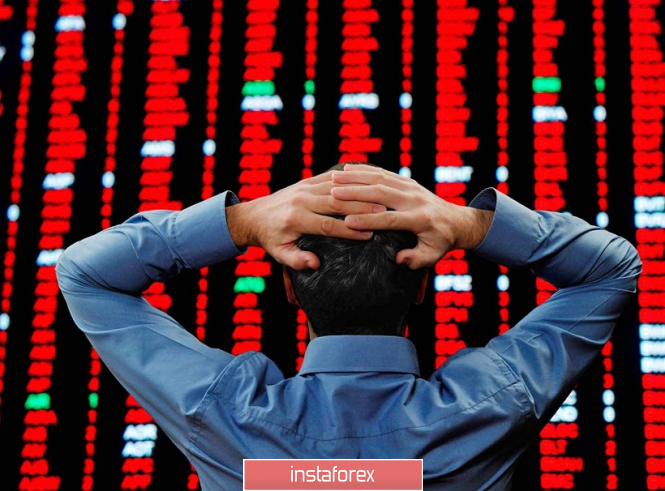 In turn, currency strategists agree on one thing: the further spread of panic will hit not only the Chinese economy, but also global economic growth as a whole. Speaking directly about the Asian region, tourism, retail and civil aviation will be affected first (for example, during the SARS epidemic, most Hong Kong hotels are only 15% full). This will be followed by the “domino effect” – a decrease in air transportation will reduce the demand for jet fuel, which will affect the dynamics of the oil market. This fact, in turn, will affect the dynamics of commodity currencies. The general slowdown in the global economy and the growth of anti-risk sentiment will strengthen the dovish intentions of the central banks of the leading countries of the world, influencing the position of their currencies.

Such prospects are pushing up defensive assets. The US currency, which is in demand during periods of general nervousness and uncertainty, also joined them. The dollar index jumped to a month and a half highs on Friday, while the debt and stock markets plunged. After the first case of coronavirus infection 2019-nCoV was recorded in the United States, the profitability of 10-year-old Treasuries fell to 1,686. There was no such downward trend even during the recent escalation of the US-Iran conflict.

The bulls of the EUR/USD pair have been defending for a relatively long time around the support level of 1.1050, but still could not restrain the bearish onslaught – the trading week ended at around 1.1024. Most likely, on Monday the downward impulse will not fade, judging by the latest news. Today it became known that the number of people infected with the 2019-nCoV virus exceeded the thousandth mark, and the death toll reached the 41st. With a high degree of probability, we can assume that by Monday these deadly indicators will only increase. This fact will put additional pressure on EUR/USD, as a result of which the pair can gain a foothold in the region of the 9th figure.

It is also worth recalling that the European Central Bank last week was not able to provide support for the single currency. Summarizing the January meeting, Lagarde said that monetary policy will remain stimulating “for a long period of time”, despite some signs of stabilization of the situation in the eurozone. At the same time, Lagarde rather modestly commented on the growth of European inflation. But her colleague, a member of the Board of Governors of the ECB, Olli Rehn, said that inflationary expectations in the eurozone were “stuck at a low level.”

PMI figures released on Friday left a controversial impression. German indicators (both in the manufacturing sector and in the services sector) showed positive dynamics, exceeding forecast values. But the French indices disappointed. The pan-European composite index PMI, which ended up in the red zone, was also disappointing. In other words, the Friday release balanced optimism, which was maintained by data from the ZEW research institute. This factor put additional pressure on the pair.

From a technical point of view, the EUR/USD pair shows signs of further decline on all the higher timeframes. In particular, the daily chart tells us that the Ichimoku Kinko Hyo indicator has formed a strong bearish “Parade of Lines” signal, while the price is testing the lower line of the Bollinger Bands indicator. In order to determine the goals of the downward movement, let’s move on to the weekly schedule. So, the nearest resistance level is 1.0940 – this is the bottom line of the Bollinger Bands trend indicator.