A positive report failed to come out, which indicated that the British economy was able to maintain growth at the end of 2019, despite a decline in a number of sectors and a decline in investment, many skeptics immediately recalled the consequences of Brexit and the uncertainty surrounding the EU-UK trade deal . It is worth noting that, despite all the negativity, in December 2019 the UK’s GDP was much higher than the growth of the economy of the same Germany or France. The start of 2020 promises to be even better. 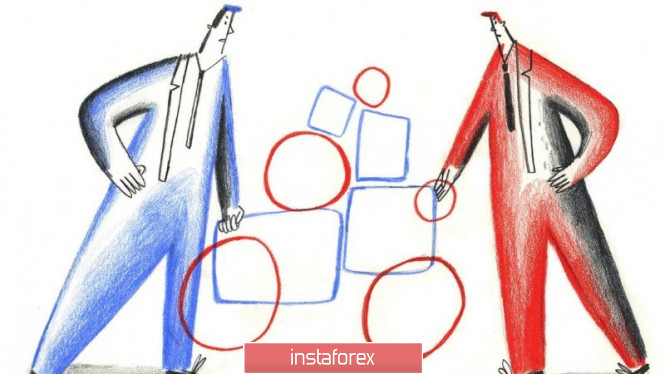 Of course, it is still too early to say that the UK has coped with the consequences of a reduction in industrial production and the technical recession, from which the economy has fought back throughout the past year. However, the trade conflict between the US and China is partially resolved, as is the situation with Brexit, which will clearly benefit companies and households.

According to today’s data from the UK National Bureau of Statistics, in 2019, GDP grew by 1.1% per annum after rising by 1.3% in 2018. The data turned out to be higher than forecasts of economists who expected GDP in 2019 by 0.8%. In the fourth quarter, compared with the third quarter, the UK GDP growth was at zero level, which fully coincided with the forecasts of economists, but grew by 0.3% in December compared with November, when there was a decline of 0.3%. All emphasis is shifted to the results of negotiations between London and Brussels, which will begin in March this year. The parties will have to work hard to find a common language and make some compromises, agreeing on the conditions for future economic cooperation. British Prime Minister Boris Johnson aims to conclude a free trade deal with the EU until December 31, 2020, although many are skeptical about this. However, given the reduction in the uncertainty of political prospects, after the election results in December 2019, the UK economy will gradually gain strength and will demonstrate recovery in the 1st quarter of 2020.

Of the other data that came out today in the UK, we should pay attention to the positive balance of foreign trade in goods, which amounted to 845 billion pounds in December 2019, while with countries outside the EU, the balance was only at 6.7 billion pounds.

As for industrial production, it grew by 0.1% in December compared with November, but decreased by 1.8% year-on-year. Economists had forecast a larger growth of 0.7%. Production in the UK manufacturing industry increased by 0.3% in December and fell by 2.5% compared to December 2018. As I noted above, the reduction in investment by British companies in the fourth quarter continued. The indicator itself fell 1.0% in the fourth quarter compared to the third, but rose 0.9% year-on-year.

The technical picture of the GBPUSD pair remained unchanged. A break of yesterday’s high at 1.2940 will lead to the demolition of a number of stop orders of the bears and a larger restoration of the trading instrument in the area of 1.3000 and 1.3050.