When people are scared, they stop moving. Brent futures prices fell to 3-month lows due to the epidemic in China. China is the largest consumer of oil in the world, and since its population sits at home, the entire economy suffers. Coronavirus is hurting retail and tourism, and airlines and other carriers are actively ensuring price risks. And although some banks claim that its impact on the black gold market will be limited, the very fact that OPEC+ is ready to expand the volume of commitments to reduce production indicates that the cartel is seriously concerned about the events taking place.

According to Goldman Sachs, if demand losses are similar or even slightly higher than during SARS in 2003, they are unlikely to exceed 300 thousand b/s. Taking into account the total global demand of 100 million b/d, this is a drop in the ocean. We are talking about a price of $3 per barrel, but over the past four trading days, including January 27, Brent has lost about 9% of its value. Barclays believes that if airlines reduce the number of flights over the territory of China by half, the losses will also amount to 300 thousand b/d. The bank lowered its forecast for the average price of the North sea variety in 2019 from $64 to $62 per barrel.

In my opinion, the coronavirus is only a catalyst for the black gold peak. Even before the epidemic, a bearish market situation was emerging, and the fact that events in the Middle East and Libya failed to provide the necessary support for oil makes the bulls get rid of long positions. Indeed, oil production in the United States is growing by leaps and bounds and has reached 13.3 million b/d, and OPEC+ commitments to reduce production cannot stabilize the market without restoring global demand. 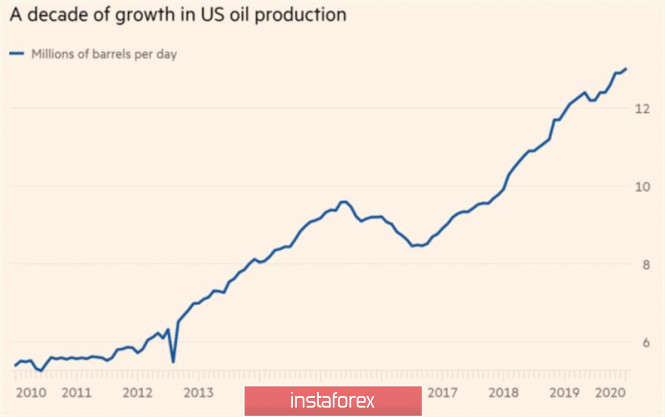 According to the IMF, expressed before the Chinese epidemic, global economic growth will accelerate from 2.9% to 3.3% in 2020. The OECD and the World Bank give even more modest forecasts of 2.9-3%. At the same time, authoritative organizations did not take into account either the deadly virus or the potential conflict between the US and the EU. While Brussels expressed its readiness to sign an agreement with Washington at the world economic forum in Davos, no one knew what the White House wanted at the time. Donald Trump is ready to impose duties in response to the carbon tax and demands a review of the European Union’s position on “chlorinated chicken”. Its processing technologies differ in the Old and New World, and to increase US imports to the EU, you will have to rewrite your own rules. I strongly doubt that the States will be as easy with old Europe as they are with Japan, Mexico, and Canada. A new trade war will slow down both the global economy and the demand for oil.

Technically, after reaching the target of 113% for the subsidiary red “shark” pattern, the risks of a rollback to 23.6%, 38.2% and 50% of the CD wave increased. This scenario assumes a return of quotes to the resistance at $61.3-61.5 per barrel. On the contrary, a break in support at $57.9 will create prerequisites for the continuation of the southern campaign.