The transition of the black gold market to the territory of the “bears” has caused serious concern within the OPEC. At an emergency meeting of the cartel with the participation of Russia and other allies on February 4-5, questions of price stabilization will be discussed. Saudi Arabia and other producing countries need enormous efforts because they will have to fight with an external enemy namely the coronavirus. According to rumors circulating on the market, the virus has reduced Chinese oil demand by 3 million bps, which is equivalent to 20% of domestic consumption.

Since Beijing announced the new virus on January 7, Brent quotes have sagged by 16%, since the conflict in the Middle East with 20%. It is believed that the epidemic will bring more pain to the black gold market than the outbreak of SARS in 2003. British Petroleum estimates global demand losses at 0.3-0.5 million bps for the whole year, Citi says the figure is 1 million bps during the first quarter and lowers the forecast for North Sea prices from $ 69 to $ 54 per barrel in January-March and from $ 68 to $ 50 per barrel in April-June. According to the consulting company JBC, oil consumption in China in February-March will be reduced by 1 million bps. 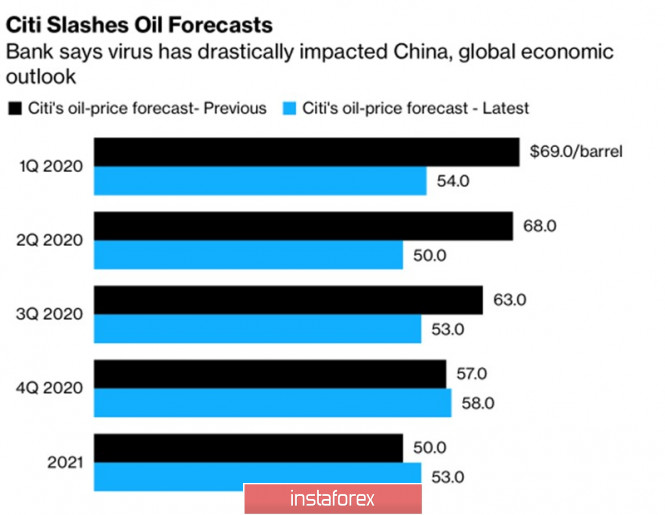 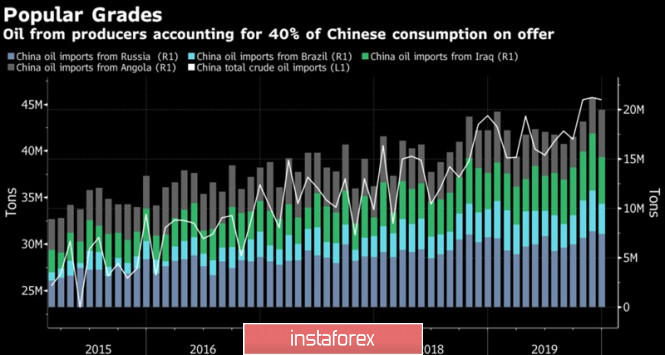 OPEC, which barely had time to start fulfilling its obligations to reduce production by 1.7 million bps, faced a serious problem and is considering two options for interfering in the life of the black gold market. The first scenario provides for an increase in cuts by 500 thousand bps throughout the year, the second is based on the need to provoke a shock in the oil market. The cartel and Russia are cutting production by an additional 1 million bps (a total of 2.7 million bps), prices are skyrocketing and then stabilizing.

Of key importance in addressing the suspension of the peak of Brent and WTI is the position of official Moscow. The budget of the Russian Federation will withstand the North Sea grade at $ 40- $ 42 per barrel, so the Kremlin has an airbag. He perfectly understands that the main preferences from the current situation in the oil market are received by American producers, who are increasing their share in the global supply. Russia needs a balanced approach. It is ready to cooperate with Saudi Arabia but does not speak directly about reducing domestic production.

There was a collapse of black gold without a strong US dollar. The American currency in the face of growing risks of a slowdown in the global economy performs the function of an asset-refuge. At the same time, an increase in the USD index, as a rule, leads to a drop in oil prices.

In my opinion, the coronavirus factor has already been largely taken into account in the quotes of black gold futures, the gradual stabilization of the situation in China and the operational intervention of OPEC will allow Brent and WTI to grope underfoot.