Hello, dear participants of the market!

Today is the first Friday of the month and data on the US labor market for the previous period will be released. These are the most important releases that the market traditionally pays special attention to.

In the old days, Non-farm Payrolls often changed the balance of power in the markets and led to a change in trends or significant changes in the price dynamics of certain instruments.

Although this trend has become less frequent in recent years, we may see something similar today. 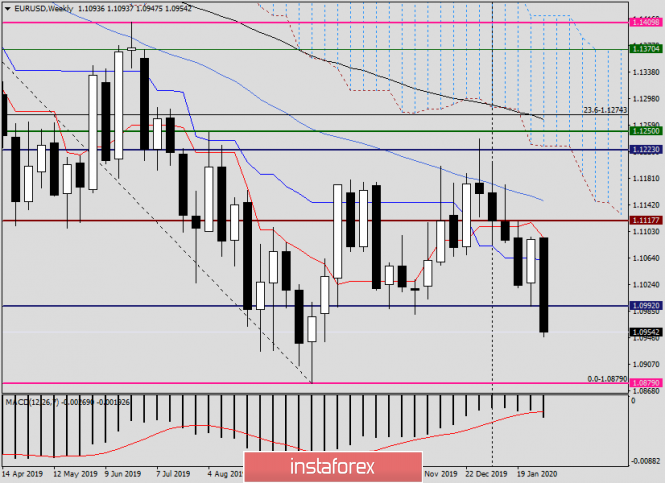 The euro/dollar currency pair has been under pressure since Monday and has shown a downward trend until the current period, and it’s quite decent. Today, after the release of labor statistics from the United States, the euro bulls will have their last chance to correct the situation. However, the losses are already too large, and to recoup them, we need negative reports on the creation of new jobs in the non-agricultural sectors of the economy, increased unemployment rate and low growth in average hourly wages. It is unlikely that all these most significant releases of the US labor market came out negative, that is, worse than forecasts. In my opinion, investors will pay special attention to the growth of wages. For a long time, this significant indicator can not boast of stable growth. Let me remind you that the increase in wages also increases the purchasing power of Americans, leading to inflationary growth, which can not be stable at the Fed’s target level of 2%.

I also note that the steps in the monetary policy that the Federal Reserve System (FRS) will take depend on the level of inflation. That is why even with good nonfarm payrolls and unemployment, weak wage growth causes a negative reaction from investors and most often puts pressure on the US currency.

Let me remind you that according to today’s forecast, wages in the United States should grow by 0.3% compared to the 0.1% growth that was shown a month earlier.

Unemployment is expected to be at the same level of 3.5% as last month. But the creation of new jobs in non-agricultural sectors of the economy is projected at the value of 150 thousand, which is a fairly high expectation in conditions of almost full employment.

Today’s data from France and Germany came out mixed. Industrial production and the trade balance in Germany were worse than expected, but the trade balance in France exceeded the expectations of market participants. In my personal opinion, this data is secondary, statistics on the US labor market will have a major impact on the course of today’s weekly trades. Now let’s move on to the euro/dollar charts. 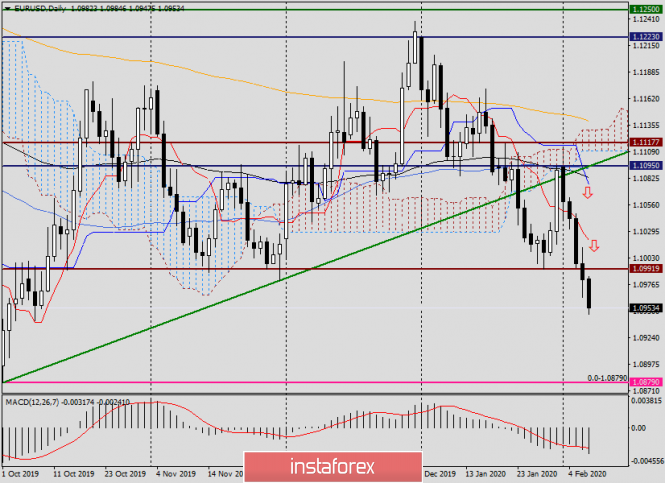 In the daily timeframe, a breakdown of the support level of 1.0992 is visible. However, only one candle closed below this mark, and this is not enough to consider the breakout as true. A lot will be decided by today’s auction. If the euro/dollar manages to return above 1.0992, the situation for the pair will not be as hopeless as it looks at the moment of completion of the review.

The forecast that the pair will show growth this week was likely incorrect, but we will make conclusions about this after the closing of trading on February 3-7.

At this period, sales look best after the corrective growth to the Tenkan line of the Ichimoku indicator, which is located at 1.1020, and above the opening of short positions is technically justified after the growth to the price zone of 1.1075-1.1095, where the Kijun line, 89 EMA, 50 MA, the broken green support line of 1.0879-1.0981 and the resistance level of 1.1095, and just above which the important mark for the market is 1.1100. There are no signals for opening purchases at the moment.

Good luck and see you on Monday!