Investors are already worrying about the situation and there’s an endless hysteria over the coronavirus, which has become a real present for speculators. However, this turned out to be not enough, and the unfortunate investors decided to bring it to the handle, reminding them of the impeachment of Donald Trump. Just before the opening of the American session, all the world mass media of agitation and misinformation joyfully announced that the Senate vote was scheduled for February 5. And it doesn’t matter that both previous times, when the vote was held on this issue, and that was in 1868 and 1999, the Senate voted against it. Moreover, in the current situation, the likelihood of impeachment of Donald Trump is generally zero, because for this to happen, you need to get two-thirds of the votes of senators, that is 67 votes, while the Republicans have 54 seats in the Senate, and elections are coming soon, and they have no other candidate for president except Donald Trump. That is, the result is known. Moreover, Republicans generally wanted to meet this question before the end of January, but did not have time. So the vote was postponed to February. Nevertheless, investors already have nervousness in both eyes, and the most honest media of agitation and misinformation do not differ in love for Donald Trump, so all messages on this issue are painted exclusively in negativity. Moreover, it is in relation to the president of the United States. So why is this not a reason for another speculative jump? Great occasion. And then, after the vote, you can safely move back. 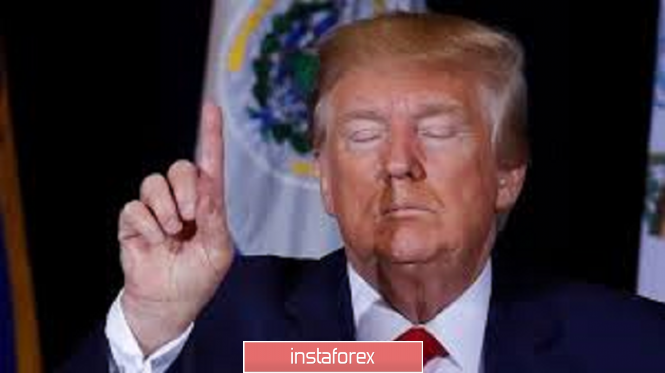 At the same time, the information has been so strong lately that no macroeconomic data interests anyone at all. Due to this, they are extremely curious. In particular, data on the lending market in the UK could only be positive. So, the number of approved mortgage loans amounted to 67,241 against 65,514 in the previous month. Moreover, the volume of mortgage lending increased from 4.3 billion pounds to 4.6 billion pounds. And all this concerns the real estate market, which is one of the main criteria for determining the investment attractiveness of the United Kingdom. In addition, net consumer lending rose from £ 4.9 billion to £ 5.8 billion, indicating an increase in shaky consumer activity. Although the pound could stand still due to festive events on the long-awaited UK exit from the European Union, which took place on the night of Friday to Saturday. However, it remains to settle such a small issue as trade between the United Kingdom and the continent. This is what will become the main theme of the transition period, which will last until the end of this year. Unfortunately, this issue has not been resolved since the announcement of the results of the Brexit referendum, so there are serious doubts that something will change. Thus, this means that the United Kingdom will be in the position of Africa next year for the European Union in the position of Africa, with such wonderful and inalienable elements of free trade as high customs duties, quotas, as well as technical and epidemiological regulations. In short the European market will be closed to British companies, but they will think about it later. 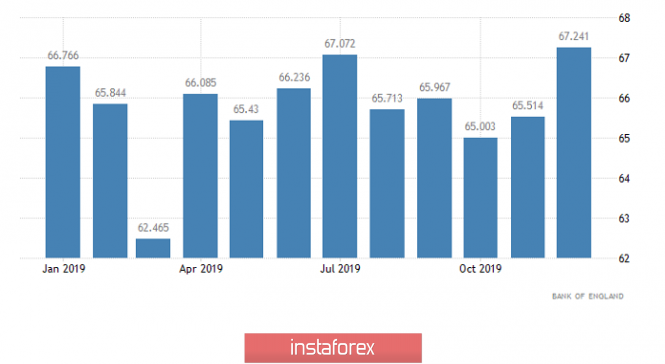 Europe did not arrange a holiday on the occasion of a divorce from Great Britain, apparently having decided to wait for victory until British capital was finally expelled from the continent. However, the single European currency also had a reason for growth, as preliminary data on inflation showed its growth from 1.3% to 1.4%. If we recall the ongoing decline in unemployment, then everything is fine, since this means that the European Central Bank will certainly not soften its monetary policy. Moreover, it was already managed to declare that the European Central Bank needs to specify its wording “lower, but close to 2.0%”. We are talking about inflation and the refinancing rate, as the European Central Bank promises to start raising interest rates as soon as inflation reaches the 2.0% mark or get close to it. So, the chief economist of the European Central Bank, as well as a member of the board, insists that you just need to lower the inflation target. And this is extremely positive news, as it practically guarantees that there will be no further reduction in interest rates and it is soon worth waiting for their increase. Another thing is that the potential growth of the single European currency was restrained by the first estimate of GDP for the fourth quarter, which showed a slowdown in economic growth from 1.2% to 1.0%. 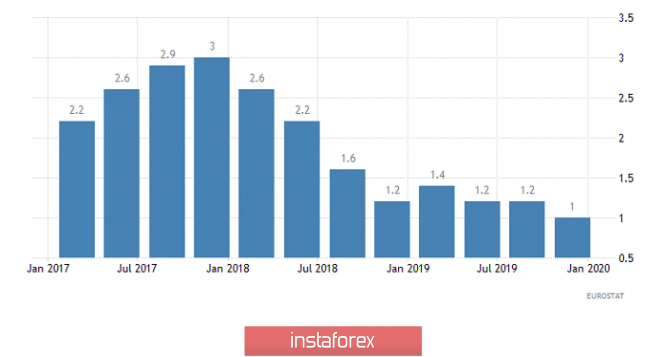 However, American statistics turned out to be worse than forecasts. Although this did not affect the dollar in any way, since it had declined in price before its publication. But we are talking about personal income and expenses, which increased by 0.2% and 0.3%, respectively. The fact of the matter is that they expected income growth by 0.4%, and expenses by 0.5%. That is, there is growth, but not as expected. Consequently, the growth potential of consumer activity, and after it industrial production, is somewhat less. This means that industry can get out of the ongoing recession a little longer. However, Steven Mnuchin tried to rectify the situation. The United States Secretary of the Treasury has clearly demonstrated that this entire coronavirus story will be used solely to achieve its economic interests. In this regard, Mr. Mnuchin accused China of not being able to cope with crisis situations, simultaneously adding that it threatens the stability of doing business and long-term investments, immediately urging companies to withdraw their assets from China and transfer them to the United States. So, there is no doubt that this is only the beginning. So far, we are only talking about verbal warnings. This will be followed by bans on the import of entire categories of goods from China, allegedly due to the emergency epidemiological situation. 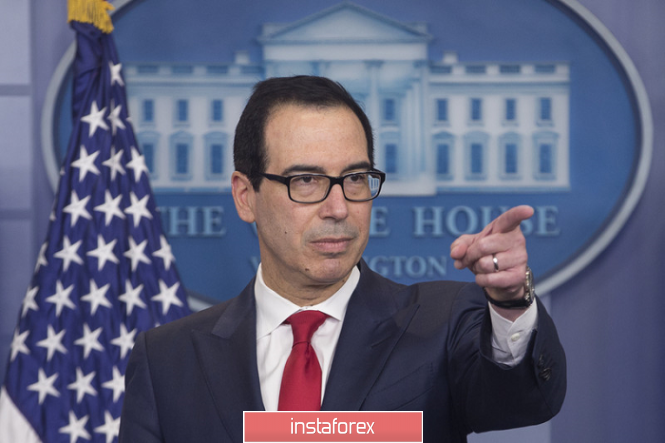 Although the weakening of the dollar was speculative in nature, do not wait for its rapid strengthening. The reason was just the impeachment of Donald Trump, and the vote will be held only on Wednesday. So before that, the dollar will be under pressure. In addition, in fact, there is no reason to strengthen the dollar today, since in Europe and the United States published the final data on business activity indexes in the manufacturing sector, which is not expected to be positive. Unless, if preliminary estimates are confirmed. So, in Europe, the index of business activity in the manufacturing sector should increase from 46.3 to 47.8. 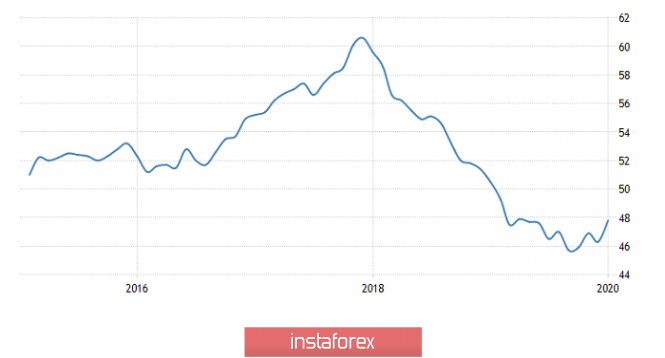 They expect something similar in the UK, since the index of business activity in the manufacturing sector may increase from 47.5 to 49.8. 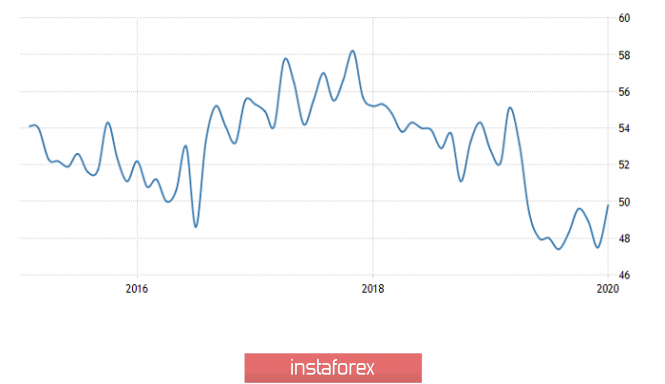 This same index of business activity in the manufacturing sector in the United States should be reduced from 52.4 to 51.7. However, it is worth paying attention to the fact that this same index is above 50.0 points only in the United States, while in Europe, it is still lower even taking into account growth. And this mark separates economic growth from stagnation. So the reason for optimism can only be the dynamics itself, and not the current situation. 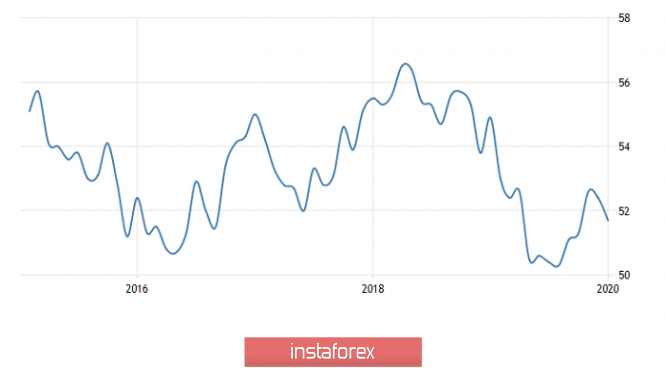 Thus, the single European currency will be in the range of 1.1050 – 1.1075. Moreover, it will return to the upper boundary of this range after a small technical rebound. 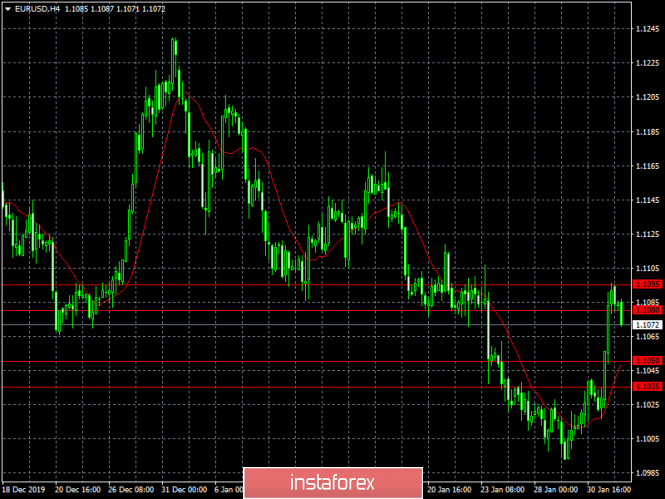 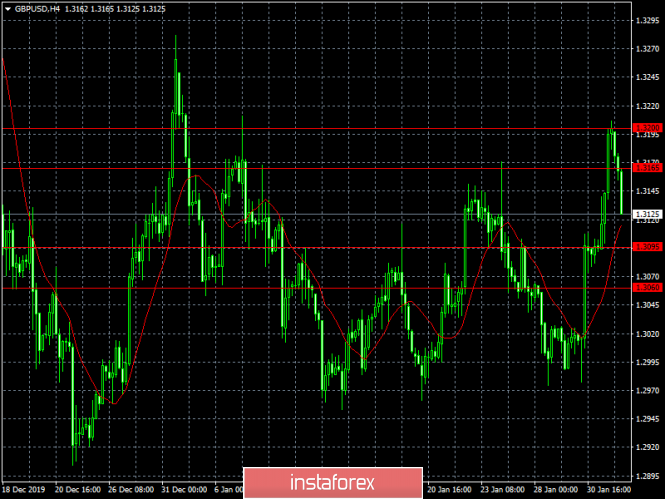